Drivers put themselves and other road users in danger when they violate traffic laws.

Car accidents involving two or more vehicles often occur because one driver is not obeying the rules of the road. While many traffic violations can result in a collision, certain offenses are more common than others. Below, you can learn more about 5 of the most common traffic violations that cause car crashes. 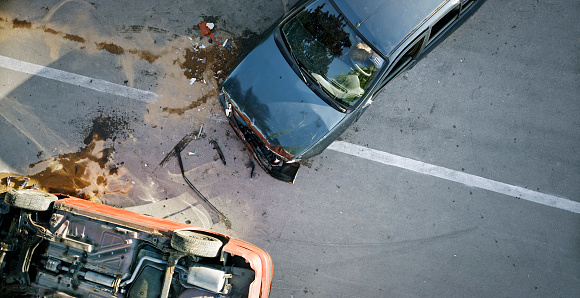 If you have been involved in a collision caused by another driver who broke the law, you need to fully understand your rights. Make sure you talk to an experienced car accident lawyer familiar with the rules and regulations in your state.

Injury victims in Texas and Oklahoma routinely rely on the talented legal team at Hoover Rogers Law, LLP. With offices in Wichita Falls, Texas, and Lawton, Oklahoma, we are conveniently located in Northern Texas and Southern Oklahoma. We proudly serve the legal needs of injury victims in both states. If you were injured in a car accident, contact us today for a free injury case consultation.

Not obeying the speed limit might not seem like a serious crime to some. However, speeding drivers often cause serious collisions with severe injuries. Each year, more than 1,400 people in Texas and 150 people in Oklahoma die in collisions caused by speeding drivers, according to statistics compiled by the National Highway Transportation Safety Administration (NHTSA).

Some drivers do not obey posted traffic signs, resulting in car crashes. Examples include:

The dangers of drunk driving have been well-documented for decades. Even so, many drivers choose to do it anyway. People who drive under the influence of alcohol often cause crashes that result in severe injury or death.

Each year on average, an estimated 1,400 people in Texas and more than 150 people in Oklahoma die in car crashes caused by a driver with a blood alcohol concentration (BAC) of 0.08 percent or higher, according to NHTSA car accident data.

Texting while driving is against the law in Texas and Oklahoma. In both states, it is illegal for drivers to read, write or send a text message while operating a motor vehicle. Texas’ texting ban went into effect in 2005 and has been amended several times since then, including in 2019, according to the Texas Department of Transportation. Oklahoma banned texting while driving earlier this year, according to Oklahoma Transportation. Unfortunately, many drivers in both states still text while driving, resulting in serious car crashes.

While distracted driving comes in many forms, the most dangerous distraction is texting. Remember, you take your eyes off the road for an average of about 5 seconds in order to send or read a text. If you're going 55 mph, that is equivalent to traveling the length of a football field with your eyes closed.

Aggressive drivers who break the law often cause serious car accidents. Examples include:

How can a car accident attorney help?

If you were injured in a crash that wasn't your fault, a car accident lawyer can help you seek full compensation for your losses, negotiate with insurance companies, and gather information from the accident to build a rock-solid case based on the facts.

At Hoover Rogers Law, LLP, insurance companies don’t scare us. When you have our attorneys on your side, you can rest assured that we will fight for the compensation you need and deserve. We know how the legal system works in Texas and Oklahoma and understand how to win in both states.

In addition, you pay no fees unless we secure a financial settlement or verdict for you. That’s because we handle injury claims in Texas and Oklahoma on a contingency fee basis.

Learn more about your legal rights. Contact us and schedule a free injury case consultation to see how an experienced car accident attorney can help you.